As One Boston Team Celebrates, Another Changes 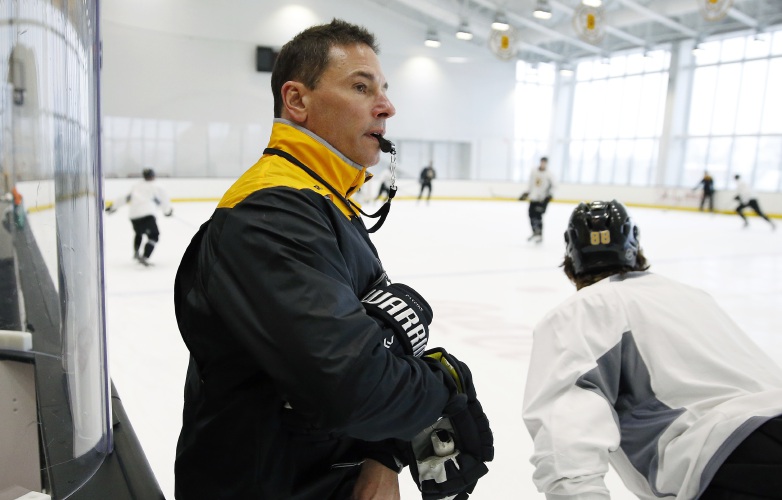 Last week, Boston saw massive celebrations for one of its major sport franchises. For another Boston sport franchise, it was the end of an era.
With 27 games to go in the regular season, and a bye-week on the horizon, the Boston Bruins fired their coach of nearly ten years, Claude Julien.
Under Julien, the Bruins brought the Stanley Cup home to Boston once, and made the playoffs seven seasons straight.
It’s been three seasons since the Bruins made the playoffs, and while they’re currently sitting in a playoff spot at third place in the Atlantic Division. The Toronto Maple Leafs are not far behind in the second wildcard spot (and may leapfrog them by the end of the week), and the Ottawa Senators currently have the same amount of points, sitting in second.
Firing Julien seemed to be Boston’s last resort, to some; for a few seasons, through a management change, Julien remained coach despite rumors that never seemed to go away about him losing his job.
This season, point production is down, special teams needed tightening up, backup goaltending has been an ongoing dilemma, and the roster isn’t built the same way it was four seasons ago. Still, playoffs were a possibility.
Less than a month ago, Julien wasn’t worried that he was going to get fired, and on Monday, Feburary 6, GM Don Sweeney held a press conference announcing the firing.
The press conference interfered directly with the celebration happening to honor the Super Bowl champion New England Patriots.
Bruce Cassidy, the former head coach of the AHL Providence Bruins and NHL Bruins assistant coach, was named interim head coach at the press conference.
Two days later, Julien issued a statement where he thanked the Bruins Organization on behalf of himself and his family for 10 “unforgettable” years in Boston. He also thanked players – past and present, staff members and Bruins fans. He ended by saying he was most proud to be part of the team who brought the Stanley Cup home, and expressed a “heartfelt thank you.”
In the first three games of the “Cassidy era,” the Bruins have gone 3-0, including a shutout win against their biggest rivals, the Montreal Canadiens.
He has a lofty task ahead of him, though, where significant improvements must be made to ensure the Bruins can take a run at the playoffs, including fixing inconsistent goaltending and finding a way to make the puck hit the back of the net more. In a sport where teamwork is everything, the Bruins need the team mentality more than ever.