On Aug. 17,, Ariana Grande released her long-awaited fourth studio album, “Sweetener.” “Sweetener,” which has fifteen tracks, and is produced by Pharrell Williams and features collaborations by Pharrell, Nicki Minaj and Missy Elliot. 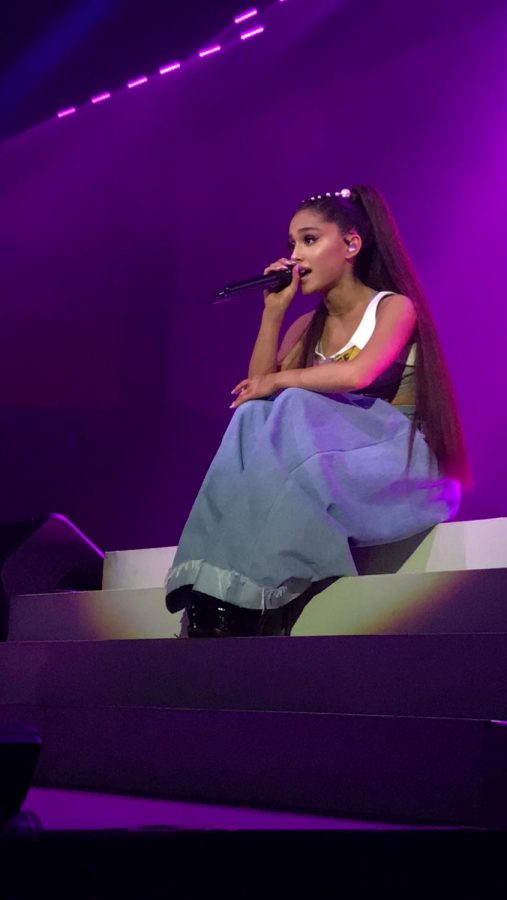 On Aug. 17,, Ariana Grande released her long-awaited fourth studio album, “Sweetener.” “Sweetener,” which has fifteen tracks, and is produced by Pharrell Williams and features collaborations by Pharrell, Nicki Minaj and Missy Elliot.

Within the first day of its release “Sweetener” broke the U.S. Spotify record for the biggest opening day by a female artist, which was over 15 million streams, according to a photo Grande shared on her Instagram.

“The Rolling Stone magazine said,” “But with her new album “Sweetener,” she set her sights on conquering trap, the Southern hip-hop variant defined by sludgy, savage basslines and jittery swarms of drum programming.”

“No Tears Left to Cry” was the first single off the album in April. The following month, “The Light is Coming,” the collaboration featuring Minaj, was released, and in July, Grande released “God is a Woman.”

The album opens with a short song, “Raindrops (An Angel Cried),” which is a cover of the same track by the Four Seasons. . Grande’s powerhouse vocals are immediately heard initial point of  the song.

“Blazed,” featuring Williams, and “The Light is Coming,” featuring Minaj, both have that new “trap” sound, meaning it is incorporating influences from hip-hop and rap to create a song with a strong beat and hook. Both are more upbeat than Grande’s typical pop songs. “God is a Woman,” “Successful,” and  “Borderline” featuring Missy Elliot and “R.E.M.” have elements of Grande’s previous records, but also are incorporating her new sound. In an interview with Jimmy Fallon around the time of the release, Grande said that “R.E.M” is her favorite song off the album.

According to Billboard magazine: “Grande enlisted Pharrell Williams to produce and co-write nearly half of Sweetener, which is a big reason for its more R&B-leaning sound.”

“Everytime,” “Breathin’,” “Better Off”, “Goodnight n go,” “Pete Davidson” and “Get Well Soon” all focus on Grande’s old sound, which is fitting as they appear toward the end of the tracklist.

After the album dropped, “Breathin” started to climb the charts and held the #2 position on iTunes overall chart and the #1 on the iTunes pop chart. “Goodnight n Go” features a sample of Imogen Heap’s song with the same title. In a tweet to a fan, Grande explained how the song is a remix with new elements. 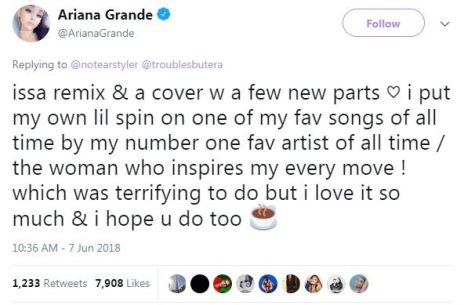 “Pete Davidson,” which is about Grande’s fiance, was one of the last songs added to the album. Lyrics include “Universe must have my back /Fell from the sky into my lap /And I know you know /That you’re my soulmate and all that.”

“Get Well Soon” is five minutes and 22 seconds long and features silence at the end in honor of the Manchester attack which occurred on May 22, 2017 during one of Grande’s concerts. In a suicide attack, an explosion killed 22 people, including many children, leaving Grande’s concert.

This is her best album yet and this new sound worked for her. The lyrics show she has grown as both an artist and person since the release of “Dangerous Woman” in 2016.