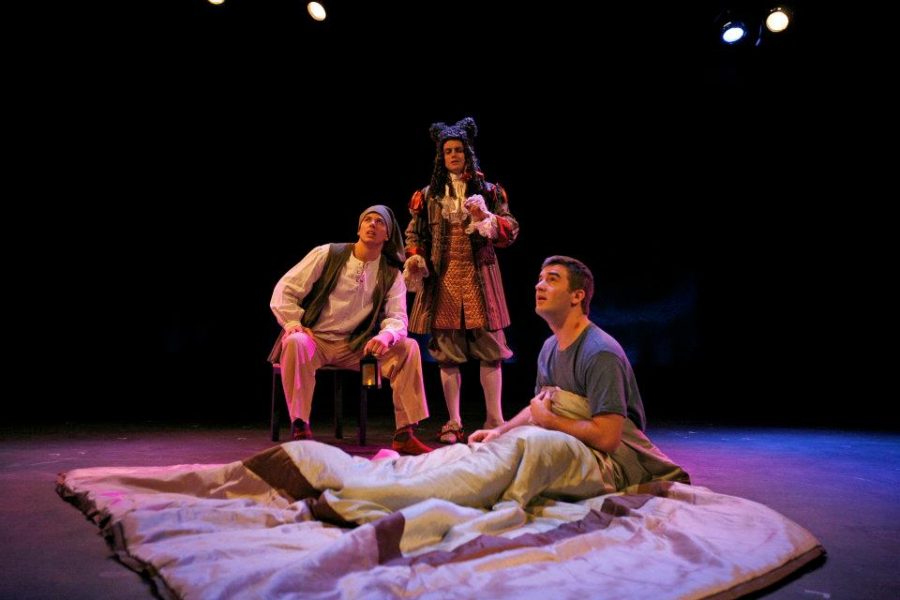 There’s a reason why playwright Tony Kushner’s 1993 masterwork Angels In America: A Gay Fantasia on National Themes is known as The Great Work. It’s exactly that: great.

All seven and a half hours of it.

The text itself is a behemoth split into two plays meant to be performed together. When staged and performed, part one — Millennium Approaches — runs three hours and thirty minutes and part two — Perestroika — runs about four hours.  The audience members and actors then get roughly two hours between plays.

Just hearing about how long the show is can be daunting, and sitting through the whole thing can seem even worse. But, once you’ve engrossed yourself in the piece it doesn’t feel like any time has passed at allI

It is a play about a lot of things: pain and suffering, love and heartbreak, joy, freedom, politics and society.

The play is  set in late 1985 and early 1986 that symbolically, and metaphorically, explores the AIDS crisis when it was still a relatively unknown disease.. The two main characters who never actually meet in the play, Roy Cohn, (based on the real high-profile lawyer), and Prior Walter, a gay man, are diagnosed with AIDS. Prior’s partner of four years, Louis, leaves him. Roy lies about the disease to protect his reputation. The play explores identity through Joe Pitt: a deeply closeted Republican Mormon lawyer married to a pill-popping agoraphobe, Harper. Joe and Harper are a piece of the bridge between Roy and Prior; Roy is Joe’s mentor, Harper meets Prior in a shared hallucination and Joe eventually meets Louis connecting him to Prior’s story. Roy’s nurse, a former drag queen named Belize, is also Prior’s ex-boyfriend and current best friend.

The play makes bold political statements about the rights of minority groups being threatened. Statements that still, unfortunately, hold up well in 2018. Roy, in real life, was a McCarthyist who prosecuted Julius and Ethel Rosenberg and eventually served as one of President Trump’s first high-profile attorneys.

The cast of eight is among the greatest I’ve seen on a Broadway stage — full of both superstars to newcomers to the New York theater scene.

Andrew Garfield, of Spiderman, performs seven times a week as Prior Walter. For nearly the entire run time of the show, he portrays a character who is terrified and fighting for his life. Nathan Lane, as Roy Cohn, like Garfield, deals with more of the turmoil as his fight with AIDS progresses.

The standout performances weren’t by the actors with Hollywood name recognition. James McArdle, who plays Louis Ironson, brings nuance to a neurotic character, said to be a fictionalization of Kushner. Louis, as written, is a pretty unlikable character, but there’s something about McArdle’s performance that makes you want to like him. Lee Pace, who played Ronan the Accuser in Guardians of the Galaxy, plays a cold and stoic Joe Pitt.. While Denise Gough,plays Harper Pitt’s complex arc brilliantly.So much can be said about the staging, set and costumes, specifically that of the titular Angel, but no words can do justice to actually seeing it.

People in the audience, and the actors on stage are being impacted by the work. It’s changing lives and reminding people of their belonging as part of a community and as part of the human race.

The show runs seven times a week until July 15.