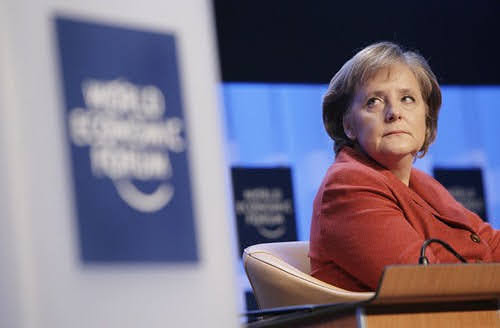 The preliminary results are in; the Social Democratic Party of Germany (SPD) has narrowly won the national election held on Sept. 26, and ended Angela Merkel’s 16-year conservative chancellorship of Germany.

SPD has claimed a “clear mandate” to lead the government since Merkel first took office in 2005. While Merkel’s party, the Christian Democratic Union (CDU) of Germany, was on track to garner 24.5% of the projected votes, the SPD won 26.0%.

According to German expert and chief economist at Berenberg Bank Holger Schmieding, “After potentially lengthy ‘sounding out’ talks, these two parties will either team up to put Olaf Scholz (the SPD leader) or–slightly less likely–Armin Laschet (of CDU/CSU) into the chancellor’s office.”

Described as “plain-spoken” by The Economist, 63-year-old Olaf Scholz is Merkel’s likely replacement. He would be the fourth post-war chancellor, following in the footsteps of Willy Brandt, Helmut Schmidt and Gerhard Schroeder. In addition to being Germany’s finance minister and the SPD candidate, Scholz is currently the vice-chancellor. He has held this position since 2018 as part of the “grand coalition” between Merkel’s conservatives and the SPD.

With the vote ending in such a narrow win, and neither party taking home a majority of the votes, the most likely outcome will be a three-way alliance between parties headed by either the SPD or the CDU. Both the SPD and the CDU, alongside its coalition partner, the Christian Social Union, have shown interest in beginning coalition negotiations to form a new government; this process includes deciding who will succeed Merkel alongside the formation of new coalition governments.

The narrow divide between votes means that the Green Party and the liberal Free Democratic Party (FDP)–taking 14.8% and 11.5% of the votes, respectively–will likely be kingmakers. This means that these two parties will have great political influence in the decision of future leadership.

Angela Merkel has won the seat representing the electoral district of Vorpommern-Rügen – Vorpommern-Greifswald I for years, but recent results have passed the role over to a politician from the SPD. Merkel has held contingency for 30 years, continuously winning the seat since it was created in 1990.

Winning the seat with 24.3% of the votes, Anna Kassautzki, according to the Guardian, has helped improve her party’s performance by 12.7 percentage points. She comes from Merkel’s party’s historical rival. Merkel’s designated successor, Georg Günther, came in second with 20.4% of first votes.

Kassautzki was born in Heidelberg in 1993, making her 27 at the time of the election. She is a district leader of the Young Socialists movement, while also working part-time at the University of Greifswald, leading a family support service team.

The 27-year-old has called herself a committed feminist as well as animated by social justice. Her victory in winning the direct mandate has left many to think that her victory has signaled a change of power in Germany’s north-east; this is supported by the fact that the SPD managed to flip every constituency in the states of Brandenburg and Mecklenburg-Vorpommern, as well as victories in the state election of Mecklenburg-Vorpommern and in Berlin.