Alumni Discuss Working on the “Joker” 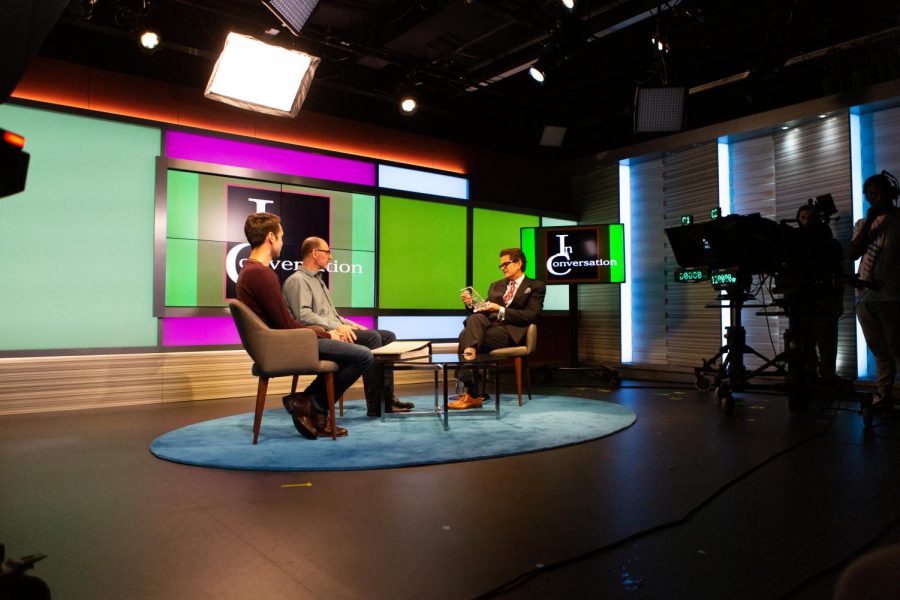 Both Timothy Metzer, class of ‘85, and the University of New Haven communication, film, and media studies program have come a long way in 34 years.

Metzger is a production designer who has worked on multiple Hollywood films, including the recently-released “Joker,” which earned a record $93.5 million in the U.S. during its opening weekend.

“I’m in the same room with completely different equipment, all new stuff,” Metzger said. “The technology is changing, So the things that I learned here feels like a history lesson. It has grown by leaps and bounds.”

When Metzger began his work with the film, he reached out to Tom Garrett, chair of the communication, film and media studies at the University of New Haven, looking for someone to assist Metzger’s team. Garrett recommended Nicholas Graham, a 2016 graduate from the university.

“I worked on  an indie feature, right after I graduated from here,” said Graham. “This is my first big budget project — real feature film, I would say.”

Graham said his greatest takeaway from the production aspect of the “Joker” was the magic of creating sets.

“Overall, my experience was amazing,” he said. “I think the biggest kind of wow factor was how we transformed the main street in Newark, shut it down and completely transformed it to this gritty scene.”

“Joker” depicts the downward spiral of a mentally ill man, which leads to multiple sequences of violence and murder. As the film was shown at film festivals before its official release, concern grew that the film and its subject matter romanticizes acts and attitudes similar to those behind mass shootings occurring across the country.

“I was affected. I was disturbed at times, but I think a movie’s goal is to have an emotion, to have a story that makes you feel something,” Metzger told News 8.

In that same interview, Metzger described his work on the film. Certain scenes of the film involved shutting down New York City streets and transforming them into what would be the 1980’s Gotham City. Storefronts required redressing, phone booths were installed and piles of garbage were littered along the sidewalks of the set.

“Everything you see that goes on camera has been touched or there’s a truck blocking something that’s inappropriate to see.” Metzger said.

One of the challenges of “Joker” was working around the schedules and demands of actors. Robert DeNiro, who played talk show host, Murray Franklin in the film, required that his shots be done early in the film’s development. The order of the set building must flow with these scheduling demands.

Method actors such as Joaquin Phoenix, lost a large amount of weight in order to play the Joker, might request to do a scene again as they get more of a feel for the character they’re playing.

This requires production workers like Metzger to be able to store and put together sets at will.