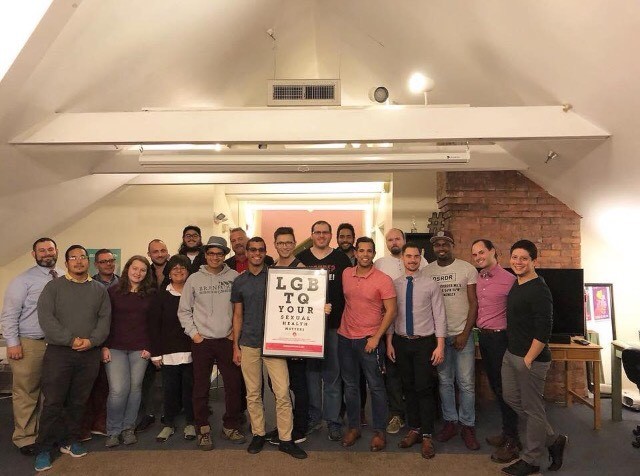 The treatment and prevention of HIV/AIDS is evolving every day, and at the forefront of that is pre-exposure prophylaxis (PrEP).

PrEP is a medication, under the name Truvada, which is taken by HIV-negative people at high-risk for contraction of HIV. It prevents the virus from attaching to CD4 cells, effectively preventing its survival and reproduction. PrEP was approved by the Center for Disease Control as a preventative measure for HIV-negative individuals in 2012.

Since PrEP has been approved it has encountered a fair amount of obstacles including negative press, stigma, and lack of uptake.

According to Barry Walters, Prevention Services Manager for AIDS Project New Haven (APNH), there are multiple reasons an individual may not want to take PrEP, including a preference for condoms or the inability to remember a pill every day. Some individuals also encounter insurance issues, especially younger university students who are still on their parents insurance and do not want their parents to know that they are taking PrEP.

Walters also explained the difficulty in reaching minority communities in the New Haven area, as many have different circles and cultural and religious beliefs.

“The stigma surrounding HIV, it’s not HIV in some households, it’s still AIDS and you’re going to die,” said Walters. “We know that that’s not the case and that HIV, while not curable, is very manageable but it is still so stigmatized in colored communities, especially when cultural roles and religious factors come into play.”

Walters emphasized the importance of speaking about PrEP and eliminating this stigma surrounding HIV/AIDS. However, he also expressed a level of difficulty especially when the goal is to both eliminate the stigma and get people to understand the caliber of the situation.

“Yes you need to get tested, yes you don’t want to deal with all of this stuff, but at the same time it’s manageable. There gets to be a little bit of a challenge there with where to put your message,” said Walters.

The contradiction between decreasing the stigma and increasing individual’s sense of urgency comes into play when conveying knowledge to younger generations. Walters expressed the need to convey that acquiring HIV means more than just taking a pill every day because many younger individuals, who are high-risk for contracting HIV, lack the historical context of HIV.

“There were entire communities that were decimated by AIDS and we don’t have that historical context, it wasn’t in our face,” said Walters.

PrEP has come a long way in combating the stigma surrounding HIV/AIDS and at the same time provides for a viable prevention method. Timothy Mack, Prevention Services Coordinator for APNH, has gotten first hand experience with the benefits of PrEP. He decided almost three years ago to begin taking PrEP because his fiancé is HIV positive.

“Since I started taking it definitely has been positive for my relationship,” said Mack. “It gives me that extra peace of mind knowing that I have something extra to help prevent against HIV.”

He emphasized that he does not worry about telling people he is on PrEP, and even uses it as an outreach and education tool through his position with APNH.

Walters said, “I still see it as a fill-in measure until we get that vaccine and that cure, it might be hopeful but that’s how I see it.”