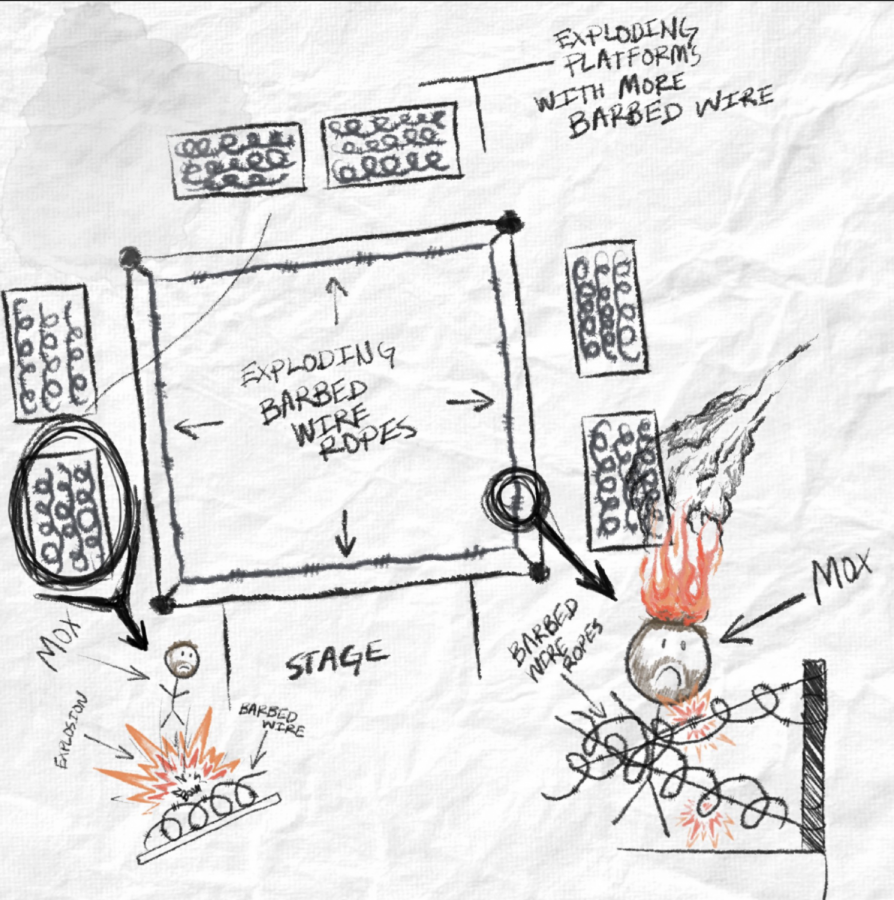 The return of All Elite Wrestling’s (AEW) pay-per-view event, “Revolution,” occurred on Mar. 7 at Daily’s Place in Jacksonville, Fl. The event was highly anticipated, being the first pay-per-view since AEW’s “Full Gear” in November 2020 and the brand’s first pay-per-view to air on a Sunday. The event was streamed on Bleacher Report Live at 8:00 p.m, featuring a massive Exploding Barbed Wire Death Match main event, Sting’s first match since 2015 and the signing of new talent.

Champion Kenny Omega faced Jon Moxley in the Exploding Barbed Wire Death Match. Viewers, live and at home, watched the two men rip themselves apart in the bloody match, with barbed wire wrapped chairs, bats and wooden boards, the two desperately fought, sawing one another open. With assistance from The Good Brothers, Omega was able to handcuff Moxley, gaining the upper hand. Omega picked up the win via pinfall, retaining the AEW Championship.

On Mar. 3, Paul Wright debuted on All Elite Wrestling: Dynamite. He announced that AEW was going to sign a “hall of fame worthy” talent at the upcoming pay-per-view. AEW president Tony Khan said, “a major star in the world of wrestling, a huge, huge star, is gonna come and sign a multi-year contract with AEW.”

After making an in-ring return just a month ago, and being one of the final four competitors at WWE’s Royal Rumble match, Christian Cage debuted at AEW.

Sting and AEW TNT Champion Darby Allin, battled Brian Cage and Ricky Starks in a tag team Street Fight match. 61-year old Sting has not wrestled since WWE Night of Champions in 2015. The cinematic match was filmed in an abandoned warehouse ahead of time. In the end, Sting hit a Scorpion Death Drop to Starks for the win.

The AEW Women’s World Championship was on the line with champion Hikaru Shida fighting Ryo Mizunami. On the Mar. 3 episode of Dynamite, Mizunami defeated Nyla Rose and won the Women’s Eliminator Tournament, earning her spot in the match. During the pay-per-view match, Shida delivered multiple Tomshis and repeated blows to finally hold Minzunami down for the pinfall, retaining the belt. After the match, Nyla Rose, Vickie Guerrero, Britt Baker, Rebel and Maki Itoh attacked the two, until Thunder Rosa ran down to the ring to Shida and Mizunami’s aid.

AEW World Tag Team Champions The Young Bucks, Nick and Matt Jackson, went up against the Inner Circle members, Chris Jericho and MJF. Commentator Excalibur said, “It was the tag team expertise of The Young Bucks that allowed them to retain the belts.”

Cody Rhodes, Max Caster, Scorpio Sky, Penta El Zero M, Lancer Archer and a debut surprise entrant Ethan Page competed in a Ladder Match for the opportunity to earn a title opportunity against the TNT Champion, Darby Allin. In this ladder match, the winner, Sky, grabbed the brass ring hung above the ring to win, earning his championship opportunity.

Matt Hardy battled Adam Page in a unique Big Money match where the winner of the match gained the losers 1st Quarter earnings. Despite help from Private Party, Hardy fell short as the Dark Order assisted Page in picking up the win.

To earn an opportunity at the AEW World Tag Team Championship, AEW hosted the 15-team Casino Tag Team Royale. A team enters every 90 seconds and they are eliminated only when both members are eliminated from the match. Death Triangle, the team made up of PAC and Rey Fenix were the winners after Fenix eliminated Jungle Boy.

Miro and Kip Sabian, joined by Penelope Ford, went up against Orange Cassidy and Chuck Taylor in a tag team match. Due to slight interference by Ford, Miro was able to apply his finisher and pick up the win.

The pre-match show was originally set to be Riho and Thunder Rosa vs Dr. Britt Backer, D.M.D and Rebel. Before the match began Dr. Baker announced that Rebel would be unable to participate due to injury. Her new partner was Maki Itoh, wrestler for Tokyo Joshi Pro Wrestling (NJPW). Dr. Baker and Itoh picked up the victory for this tag team match.