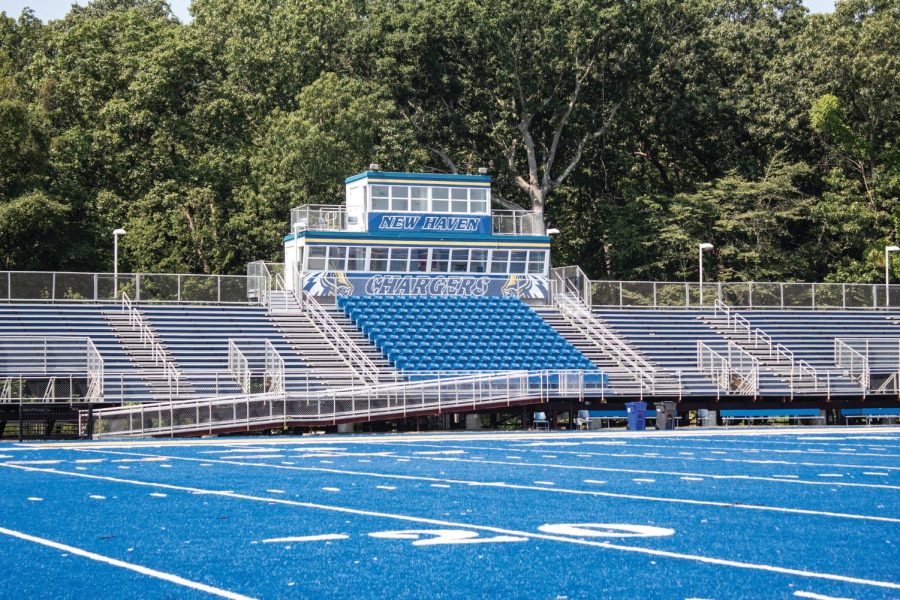 The University of New Haven has a rich history in athletics and prides itself not only in athletes’ accomplishments on their respective teams but in their academics as well.

New Haven became an NCAA Division II institution in the 1980s, and part of the Northeast-10 Athletic Conference in 2008. The storied history of New Haven athletics began in 1960 when the men’s basketball team was established as the school’s first intercollegiate athletic program, under Don Ormad.

New Haven’s Athletic Hall of Fame currently has 186 inductees, back from the first induction in 1986 and the most recent in 2019. Gina Paolillo was the first woman to be inducted into the Hall of Fame, being the first female athlete to letter in three sports: softball, women’s basketball and women’s volleyball.

The New Haven football team was inaugurated in 1972, coached by Joe McHugh, and finished with an 0-8 record. The first win for football came in 1975, when they finished the season 2-7. Football’s first winning season (6-3) would come in 1978 under head coach Tom Bell. Since these early years, football has had 10 postseason accolades, including four-time NE-10 champions and reaching the NCAA Finals in 1998.

Women’s volleyball remains the most decorated program in Charger Athletics history, with 22 conference championships and 34 NCAA tournament runs, also playing in the Sweet Sixteen 21 times and the Elite Eight 14. The team finished with a 30-2 record in 2012 under long-time head coach Robin Salters. Salters was head coach for a remarkable 24 seasons before passing the torch to Christa Cooper in 2018; Cooper has already brought the Chargers to back-to-back NCAA Division II Championship appearances.

The most successful student-athlete in Charger history is women’s track and field member Shannon Gagne, who graduated from the university in 2011 and is the only National Champion in school history. She holds records in both the long-jump and 200- and 400- meter dashes. Gagne was inducted into the University of New Haven hall of fame in 2017.

University of New Haven’s 61 years of athletic accomplishments only continues to grow and, with the school on track to become an NCAA Division I school, the future is promising for the Chargers.