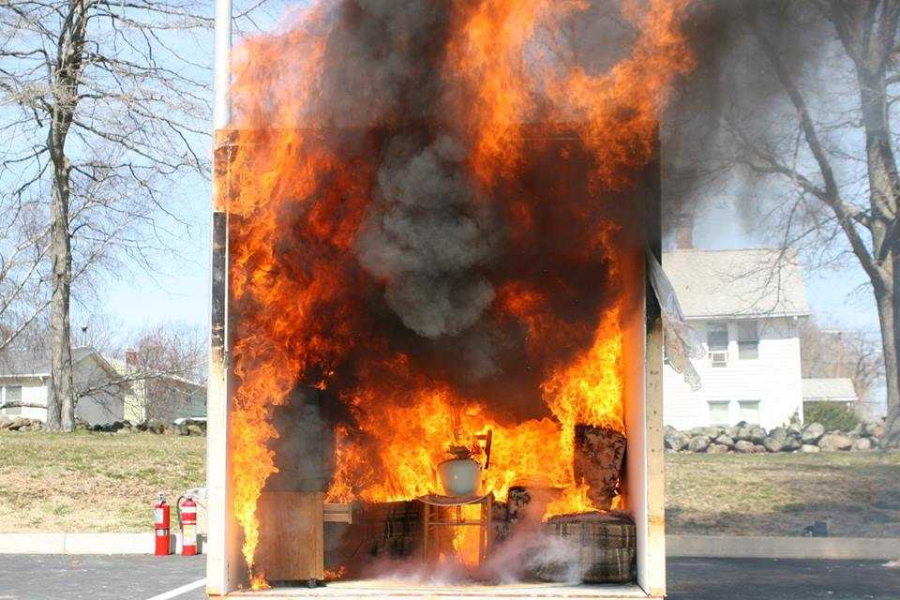 Every year the University of New Haven’s Fire Science Club hosts Arson Awareness Week. This is done in part with the US Fire Administration’s push to raise awareness for arson and provide the practical skills to combat such issues in their communities. The University’s Fire Science Club operates by these same principles of raising awareness and offering ways to learn about how to prevent arson, and replicate on a college campus.

“What this week can do for college campuses is immeasurable because we had events to teach students the importance of fire safety and how to handle a small fire situation,” says Mike Herold, sophomore fire science major and the chairman of Fire Science Club’s Arson Awareness Committee.

The week started April ninth with a guest speech from Roger Martin, a retired fire marshal from Hartford, Connecticut. Martin spoke about the different aspects of arson investigation and talked about cases that he has worked on in the past.  On Tuesday, April 10th, the club hosted a movie showing of “Point of Origin,” which tells the true story of serial arsonist John Leonard Orr.

On Wednesday, the “burn box” demonstrations took place on the P9 commuter parking lot. This consisted of members of the Fire Science Club setting “boxes” on fire. The  boxes were rooms that were 8 cubic feet in order to demonstrate how the fire spreads, and how arson investigators process the scene after the fire is out. Members of the Allingtown Fire Department were on site in order to put out the fires. That night, a presentation was held on Connecticut State Police Arson and Explosion Investigation Unit and the Accelerant Detection K9 program. These presentations were led by retired Connecticut State Police Sergeant James Butterworth and trooper Paul Makuc of the Fire and Explosion Investigation Unit. K9’s Sprite and Cora were also present to demonstrate accelerant detection first hand to club members.

On Thursday, the club hosted an Arson Awareness Carnival in the Celentano quad. A firetruck was present and pamphlets were being handed out. Students had the opportunity to use a practice model of a fire extinguisher to put out a real fire.

Although it may take a lot to set up, activities such as the ones put on this week by the Fire Science Club are beneficial not only to club members, but to students on campus as well.

“Working the Arson Awareness week definitely has its challenges, but overall I find to be a very rewarding experience ,” says Herold.

The National Arson Awareness Week sponsored by the USFA will take place from May 6 – May 12 and will focus on the theme of “reducing arson at vacant and abandoned buildings.”