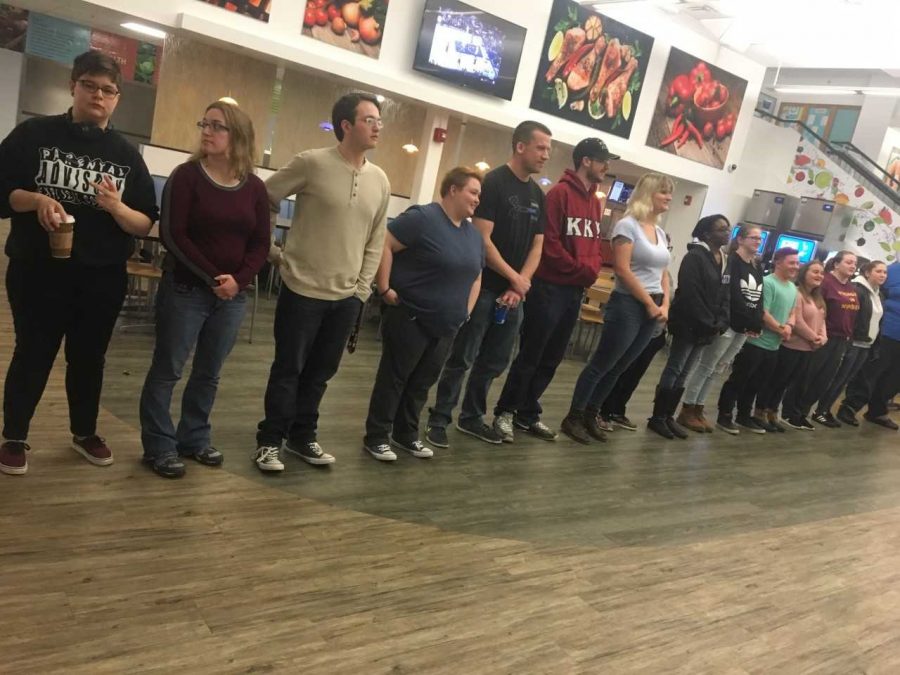 Kappa Kappa Psi (KKP) hosted their first Recognizing Privilege event on Tuesday, in the Bartels dining area. The event was to help show students what advantages they have that many of their peers do not because of factors such as race, ethnicity, or disabilities.

“We are holding this event so people can see the different advantages that they might have and see the things that other people deal with that you may not be aware of,” said KKP in an email sent to other campus organizations.

Melissa Bannon, a senior forensic science and chemistry major, organized the event. She is the vice president of projects for KKP and recently attended a similar event.

Participants were spread across the dining area in a straight line. A series of questions were asked, and participants responded by stepping forward or backward. Questions ranged from, “If you own a car step forward” or “If you use anything to help with any of the five senses, take a step back” to “If there is a possibility you may leave college without loans to pay off, take a step forward.” 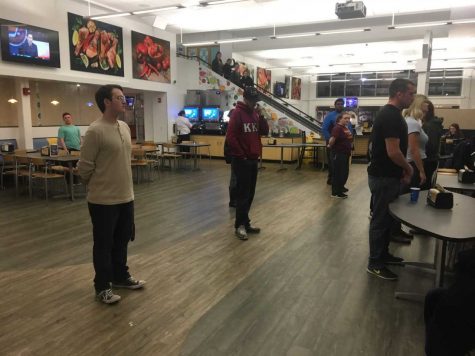 “I think the most challenging part of the event is having people come and understand the point of the event, just to actually recognize their privilege and have a diverse amount of people show up so we’re not all from the same background,” said Bannon.

About 15 people attended the event. Khaaliq Crowder, a junior majoring in journalism, said he feels privilege is interchangeable, “where someone who is white and I’m black, but I may be more economically privileged than them.”

When the questions ended, Bannon had everyone look to see where they landed. From that, a discussion began on everyone’s thoughts about where they stood.

“It’s interesting to see. I never realized how privileged I am, like with just parents who support me, I wouldn’t have thought it was such an advantage,” said Meredith Narowski, a senior criminal justice major and member of KKP.